32-year-old actress Janine Gutierrez and her 33-year-old co-actor were placed on a hot seat to reveal the real status of their relationship.

Janine Gutierrez and Paulo Avelino are currently working as husband and wife in the Kapamilya Prime-time series called “Marry Me, Marry You” which started airing on September 2021 and is bound to come to an end on February 2022.

Just recently, the cast of Marry Me, Marry You were grilled because of the romance that was somehow blossoming between them.

During the media conference of Marry Me, Marry You, on January 4, both Paulo Avelino and Janine Gutierrez were all smiles as they were asked about their real status.

Janine Gutierrez quickly dodged the question and started to point fingers. She then changed the topic and mentioned how sweet the celebrity couple Edu Manzano and Cherry Pie Picache are in the set of the teleserye.

Cherry Pie Picache and Edu Manzano were absent during the media conference.

When the reporters tried to ask the same question to Janine, all she has given as an answer was her sweet smile.

With that, they decided to ask Paulo Avelino instead to which Janine Gutierrez sighed with relief and said, “Hay salamat!”

Despite the fact that they will be parting ways on their upcoming projects, Janine and Paulo will still be able to spend time together on their concert tour in Los Angeles which will last for two weeks.

Jun Lalin, an entertainment reporter then said that there’s a chance that they could develop feelings for each other during their concert tour.

Jun Lalin also added that the onscreen partners could use their trip from Los Angeles to Las Vegas to spend time with each other.

Paulo then agreed and said, “Or kuwentuhan or puwede magbaraha.”

Paulo and Jun has already discussed a lot of things but all that Janine was giving them were sweet smiles.

The reporter then continued to grill Paulo and Janine by asking if Paulo already has feelings for Janine but her leading lady just chose to ignore him.

Paulo then agreed with his question and said, “Ganun po.”

Despite all the questions and the hot seat moment, the on screen partners remained silent about the real score between them. 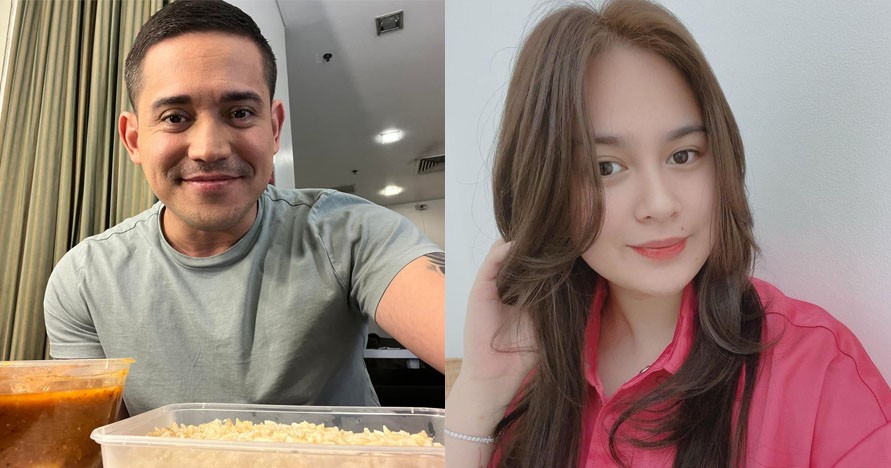